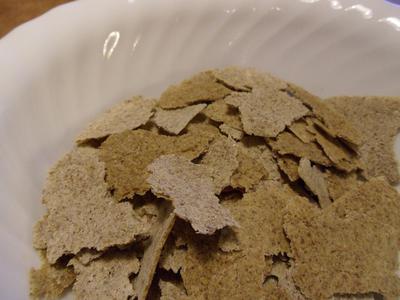 You can make your own quinoa cereal in a food dehydrator!

Our youngest boy couldnt stop munching on these little cereal flakes. And I thought that was OK. Much better him munching on this rather than on graham crackers or white flour.

This was not very sweet. Some people may not like that. But I actually prefer my sweetness to be subtle.

The cereal flakes taste pretty raw, but are full of good nutrition including good fats from the flax and almonds.